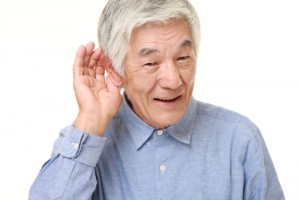 If you hear ringing in your ears when no external sounds are present, you may be suffering from tinnitus – and you’re not alone. As you get older, the likelihood of developing tinnitus increases significantly. In fact, research suggests that roughly 30 percent of seniors experience tinnitus symptoms.

Though tinnitus might sound like nothing more than a nuisance, the condition can significantly diminish your quality of life.

“Tinnitus takes its toll on seniors in many ways,” says Eula Adams, CEO of Neuromonics, Inc., a company that manufactures and distributes clinically proven, FDA-cleared medical devices to treat tinnitus. “The ringing noise can cause fatigue, depression, anxiety, and problems with memory and concentration, along with sheer annoyance.”

According to the American Tinnitus Association (ATA), the primary catalyst of tinnitus is hearing loss, and age-related hearing loss tends to increase after age 60. Additional risk factors for tinnitus include the following:

Currently, there is no cure for tinnitus, but the condition can be managed by treating its underlying causes or by altering patients’ reactions to it.

“Audiologists who specialize in tinnitus can most effectively diagnose and treat the condition,” says Adams. “Once they – and/or an otolaryngologist or other physician – have ruled out medical causes, these specialists can evaluate the best treatment for the individual.”

Tinnitus treatments include masking devices, which produce a continual low-level noise to cover up the tinnitus sounds, as well as hearing aids, which can be helpful for seniors who are also struggling with hearing loss.

One of the most promising developments in the treatment of tinnitus is sound therapy, says Adams. A wearable device delivers individually programmed tonal music that engages the auditory pathways to promote neural changes. Over time, she says, these changes help the brain filter out the tinnitus perception, which reduces tinnitus disturbance and provides long-term relief from tinnitus symptoms.

The results are promising. According to Adams, Neuromonics devices have produced a clinically significant reduction in tinnitus disturbance (50 percent or more) for more than 90 percent of suitable patients in a formal clinical trial setting. One study at the Veterans Administration hospital in Hollywood, Florida, revealed that 96 percent of patients reported a reduction in their tinnitus distress by 40 percent or more.

“With advances in research and development in the past decade, more effective treatments are available,” says Adams.