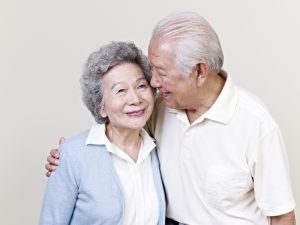 There is no “one size fits all” approach to caregiving for those with dementia. As dementia progresses, a person’s characteristics may change, and culture and background often play a role in the care and support that a person prefers to receive. Cultural understanding is a key factor for building a successful care plan for dementia patients. It is important that caregivers and family members of dementia patients are cognizant of the important role that diversity plays in dementia care.

Growth of Diversity in the Senior Population

Dementia doesn’t discriminate. Cognitive impairment affects people from all walks of life. According to the U.S. Census Bureau, the senior population within the United States is expected to become much more racially and ethnically diverse within the next few decades. In fact, Maryland had the largest Diversity Index gain (a measure of the probability that two randomly selected people will be from different racial or ethnic groups) comparing 2020 to 2010. Diversity is expected to grow in other ways, as well. For example, according to the UCLA Williams Institute, approximately 1.5 million U.S. adults over the age of 65 identify as LGBTQ and this number is expected to double by 2030. It is important for caregivers to be familiar with and understand the various factors that may impact dementia patients from diverse backgrounds and approach these issues with sensitivity.

There are a number of factors that impact the risk, incidence and progression of dementia, as well as the care received by dementia patients. For example, the incidence of genetic factors and certain medical conditions can vary for different ethnic and racial groups. Socioeconomic status, religion, race, ethnicity, marital status, sexual orientation and gender identity can all influence lifestyle choices, as well as access to and utilization of health care. Combined in some cases with genetic predisposition, these factors can influence a person’s brain health as well as how early a loss in cognitive function is identified.

Care for dementia patients from ethnic or racially diverse backgrounds is generally more effective when caregivers have familiarized themselves with the cultural beliefs and family dynamics of those groups. For example, in some minority communities, there may be a stigma attached to being diagnosed or treated for dementia. People from such a community, or their families, may be reluctant to seek treatment. In other instances, dementia patients from diverse backgrounds may be single and living alone. They may be reluctant about seeking care due to fear of discrimination or lack of acceptance.

It is not unusual for people with dementia to regress to an earlier time in their lives. For some patients, this can result in reverting to a language that was spoken when they were young. Traumatic events from a patient’s younger years can have a significant impact as their condition progresses, as well. For example, dementia may progress very differently for a Holocaust survivor, a military verteran or a former refugee. Dementia may also present very differently for patients who have intellectual disabilities.

The Importance of Personalized Dementia Care

Each dementia patient is unique and is likely to evolve and change as the condition progresses. Successful caregivers spend time engaging with the patient, as well as with their families and friends if possible, to gain a better understanding of their personal stories in order to provide better care. Many people worry about inadvertently causing offense or appearing culturally insensitive with regard to diversity. But asking questions, listening and learning does not equate to insensitivity. Successful caregivers treat patients respectfully, maintain an attitude of cultural humility and spend time learning about each patient’s unique needs and wants.

Lighthouse Senior Living’s memory care neighborhood, The Village, provides highly specialized, personalized and dedicated care to those with Alzheimer’s disease or other dementia-related illnesses. Our customized care is adapted to the background and the changing abilities of each patient. Lighthouse Senior Living staff members are highly trained and committed to providing a culturally sensitive, inclusive environment. To learn more about our memory care programs, contact us to schedule a virtual or in-person tour of our communities, located in Columbia-Ellicott City and Essex-Middle River.